Miami University is showing it really does “Love Red, Live Green” as it hosts the first ever zero waste hockey games in the Goggin Ice Center, this weekend.

Miami’s Green Team, led by Yvette Kline and in coordination with Miami Athletics, is putting on the event during the men’s hockey games Feb. 28 and March 1. The goal is to divert as much waste produced at the games as possible from landfills in order to reduce Miami’s ecological footprint.

Many students are looking forward to the games this weekend since Miami won against St. Cloud during one of the hockey games last weekend.

“I’m excited to see the team play again and try to win with some newfound energy,” first-year Garrett Stevenson said. “The fact that we are simultaneously trying new methods of reducing campus waste is an added bonus.”

The zero waste hockey games will be very similar to Miami’s zero waste football game during last fall’s homecoming weekend. The homecoming game was a part of the Game Day Challenge, a national competition between colleges and universities based on their reported waste reduction and disposal during a home game. Among the 70 competitors nationwide, Miami finished fourth in waste minimization, 11 in overall diversion rate with 74.69 percent, and 13 in composting.

Green Team co-chair and Treasurer Carolyn Turner, a sophomore, said a main difference between the football and hockey games is that the hockey games are “not official, but rather locally run.” The idea is to gain an understanding of how composting could be made a campus-wide policy, particularly at sporting events.

“We hope that these pilots will provide data and increased education on composting so that this can become a campus-wide waste disposal option in the future,” Turner said.

According to Miami senior Elaina Wahl, manager of the Green Team, a large part of the planning for the hockey games was ensuring that the concessions are using mostly compostable and recyclable items. But most of all, she said, they need the cooperation of the fans.

“We need people to not only take their waste with them as they leave the stands, but also to dispose of their waste in the correct bin,” Wahl said.

Without the conscious effort of the fans, any effort for a zero waste game will be futile, Wahl said.

To promote student participation, the Green Team joined forces with the Miami Air Force ROTC and cadet Brad Batcho, a junior, to create a promotional video to be aired during the games. The video briefly outlines what materials should be recycled, composted, and thrown away so that students are aware of their responsibilities.

In order to make recycling as easy as possible for students, the Green Team is trying out several different strategies. “We will try to have all three bins (compost, trash, and recycle) in the same place, so people have to make a mental decision about which bin they’re going to use,” Wahl said. “Our motto for the games is ‘Cheer in the stands, carry out your waste.’” 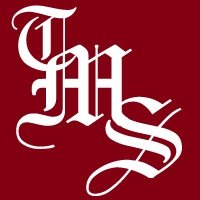