Hike with Heart donations head to the Himalayas 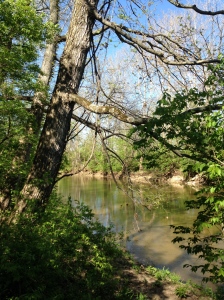 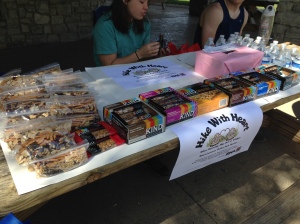 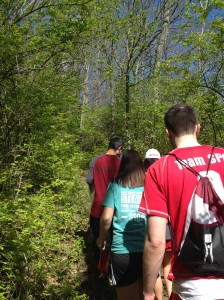 These are just some of the objectives of the Women’s Foundation of Nepal (WFN), founded in 1988 to address and alleviate the problems faced by women in Nepal through advocating and awareness raising.

One of the major issues the WFN strives to combat is the low level of education children receive in Nepal. According to UNICEF, the United Nations Children’s Fund, the overall literacy rate in Nepal is 57%, with girls rarely receiving education beyond primary school.

The WFN provides scholarships to further increase the education of young Nepalese boys and girls and this year, Miami University students contributed to the cause, hosting Hike with Heart to raise donations that would go directly to the WFN.

Hike with Heart took place Saturday May 3 in Peffer Park. Those involved met at the Gazebo, where they enjoyed snacks including trail mix provided by the Peer Hawks Health Educators, before hitting the trails in Miami’s backyard.

First year Miranda Stowe was involved in planning and organizing of Hike with Heart along with her Resident Assistant, Teresa Schwendler. The two spent over a month turning the idea of raising money to benefit children in Nepal into a reality.

The money, $150, is heading to the foothills of the Himalayas along with Mark Walsh, a professor in the Kinesiology and Health Department, and several students this summer. While in Nepal, Walsh will give the funds to the WFN who will use the money for educational scholarships.

A Nepali family’s average annual income is $200, Stowe said. She was pleased with the amount the event raised for the scholarship fund.

“We hoped for a little bit more but were happy with what we had,” Stowe said.

As they trekked through Miami’s natural areas, students viewed signs with information regarding the conditions in Nepal, particularly the problems faced by women and children.

“We had educational signs throughout the hike, so just like informing them about the culture, the geography, the problems there,” Stowe said.

Whether or not Hike with Heart will be an annual event remains to be seen. For now, it is another example of Miami students involving themselves in the larger world and putting their best feet forward in support of a cause they believe in.