“I truly believe a restaurant should be very much like if I invited you and your friends over and we had dinner,” Tom Uhl says. “It should be the same way as coming into my personal dining room. It should be clean, orderly, and you should know that the food is fresh and prepared with an extreme amount of care.”

We are standing, coincidentally, in the kitchen of Tom’s home, as he explains the philosophy behind his restaurants, Stella and Morning Sun Café, now both located at 12 Beech Street.

Tom and his wife, Cher, who refer to themselves as Miami mergers, met in college and stayed in the Oxford area after graduation. They opened Stella in 2008.

“I was a French major and he was a struggling French student who needed tutoring,” Cher says with a laugh. After receiving a graduate degree in linguistics, Cher spent time with the Peace Corps in Africa. Today, on top of restaurant managing, she teaches English as a second language at Miami.

Tom studied psychology, then after working in business and social services, earned his MBA in business management from Xavier University.

He started his own company, Cima Incorporated, a logistics firm based in Fairfield. Cima creates and packs shipping containers, many of which are built from wood, according to Tom.

Tom and Cher were eventually driven into the restaurant business by the desire —and the need— to bring higher-quality food to Oxford. 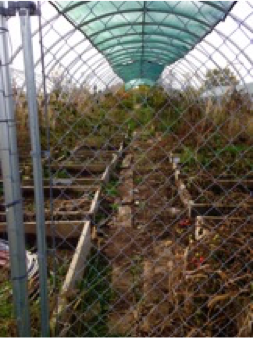 “We honestly like eating out,” Cher explained. “And it had come to a point where Tom couldn’t eat out in Oxford without indigestion.”

Unlike fast food restaurants and many other Oxford establishments, Stella does not own a microwave or a fryer. It does not use processed meats. It does not prepare dishes ahead of time.

The food used in the restaurant is grown on the Uhl’s farm or procured from local farmers. The Uhls try to stick to certified-organic labels, which the USDA defines as being “produced by farmers who emphasize the use of renewable resources, and the conservation of soil and water to enhance environmental quality for future generations,” as much as possible.

Organic food is grown or made without the use of pesticides, antibiotics, artificial growth hormones or genetically modified organisms.

The Uhls admit that it is hard to shop 100 percent organic, 100 percent of the time. As for grocery stores, Cher cites the MOON co-op and the “back right section of Kroger,” as her top picks to get organic fare for home and the restaurant.

“You can tell that they put an emphasis on using better ingredients than other places,” says Alexis DeBrunner, a Miami student who works at Stella. “They have vegan and vegetarian options, which can be hard to find. They definitely go above and beyond to accommodate dietary restrictions.”

The same year Stella launched, Tom and Cher moved into their new home — a refurbished barn about 3 miles out of town on Morning Sun Road, the street which serves as namesake for Stella’s breakfast-time alter-ego, Morning Sun Cafe. 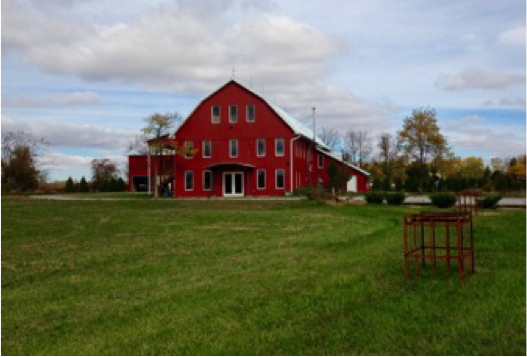 The Uhls home, 6895 Morning Sun Road. Before moving in, the Uhls renovated and lived in another former barn in Oxford.
Bright red on the outside, the barn features a spacious, open layout on the inside. No walls or doors divide rooms, but furniture is set up to signal what different areas are used for.

For instance, cushioned lounge chairs and a coffee table welcome guests to sit down and relax. The dark hardwood dining room table is set, complete with silverware rolled in maroon napkins at each place.

“Their home is immaculate,” Miami University senior Madeline McDonough says. McDonough got a chance to look around earlier this semester, when she helped with a 5k race the Uhls were hosting.

“We helped put up the markers around the property,” she says. “He drove us around in his pick-up truck and we set up a water station. He was really nice, and very community oriented. He encouraged us to come back and use his property again.”

The well that supplies the Uhls water. Tom says they are completely self-sufficient in terms of water.
“We also put out bagels and cider and coffee inside,” she adds. “Their kitchen is very cool, like industrial sized with this huge stainless steel counter.”

I spend most of my time with the Uhls in the kitchen, drinking coffee with soymilk (Cher says she and Tom have mostly cut animal products from their diets, though Tom likes to order eggs or the occasional seafood dish at the restaurant). We linger around the focal point of the room, the “island” table, which is strewn with ripe green bell peppers, sweet potatoes just pulled from the Earth and still dusted with dirt remnants, and a variety of other vegetables. Tom says that Cher is getting ready to go to the restaurant later in the morning, and will be bringing the crops with her.

The walls of the old barn are adorned with artwork made by the Uhl’s children and grandchildren, ranging from toddlers’ finger-paintings to an abstract wooden statue designed by one of two architect sons. Brick columns add support, though Tom says the original structure is strong.
Below the house — 81 feet below to be exact — an aquifer has been tapped, providing well water to the Uhl’s home.

Tom says ultraviolet light kills germs in the water. They use pumps to control flow, directing water from the aquifer through a tank and to wherever they need it, for example the bathroom faucet or the hose to sprinkle the garden.

The Uhls largely use geothermal energy for electricity. According to the U.S. Department of Energy, geothermal energy comes from heat below the Earth’s surface. It is both a “clean” energy form, meaning it releases little emissions and has a small carbon footprint, and a renewable resource, meaning it will be sustainable over time.

National Geographic magazine explains the concept: “To produce geothermal-generated electricity, wells are drilled into underground reservoirs to tap steam and very hot water that drive turbines linked to electricity generators.” The Uhls have this type of generator, which supplies the power for their home.

In the future, they hope to pursue solar power as well.

“The house faces south, and there are a lot of windows for natural light,” Cher says, gesturing up past the spiral staircase leading to the second floor and pointing toward the ceiling. “That can add warmth on a sunny day too.”

The Uhls have quite a few projects on the horizon: they would like to perfect their composting techniques both at home and at the restaurant, explore the possibility for wind-powered energy and develop an underground growing chamber where they could continue farming produce throughout the winter.

They credit Mother Earth News, a bimonthly magazine, as their main source of information. Tom says he has always been interested in plants and the environment, and that Cher has taught him a lot over the years as well.

Whether it’s using alternative energy, buying and growing local food or cultivating relationships within the community, Tom and Cher lead by example, teaching sustainability in the way that they live.

“I just think you should do everything possible to conserve as much as possible,” says Tom.