Professor Hays Cummins Restores His Land, Giving It the Chance to Be Itself 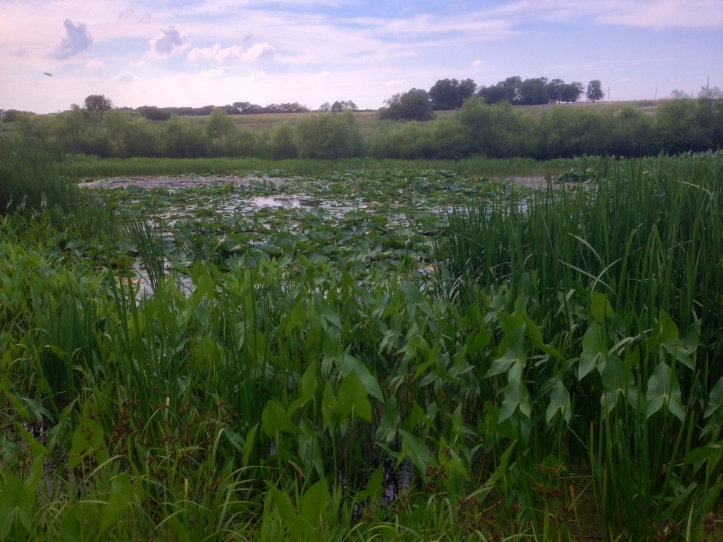 It seems that rarely anymore do people get to experience land in its most natural and healthy form.  Unfortunately, the more humans alter and tamper with the land, the more removed it gets from its natural state and the harder it is for native species to survive, consequently harming the ecosystem.

Hays Cummins is a professor at Miami University for the Western Program (Individualized Studies). He has a bachelor’s degree and Master of Science degree in biology, as well as a Ph.D. in oceanography. Dr. Cummins has a passion for the environment and is constantly teaching and inspiring students through classes, independent studies, and study abroad trips. At home, Dr. Cummins works hard at restoring his 32 acres of property, called Edge of the Farm Conservation Area, by removing invasive species and returning the land to a more natural state.

Dr. Cummins and his wife Donna McCollum started their project in the mid-2000s, originally working with about three acres of land. The first step of their project was removing honeysuckle, which had grown so thick that  it was difficult to walk. This phase took several years. They eventually bought more land from a farmer whose property sat behind theirs, and they started to form partnerships with the U.S. Fish & Wildlife Service as well as Three Valley Conservation Trust. Through these partnerships, their project grew and they were able to build four wetlands to intercept nutrients coming from farmers’ fields. These wetlands help prevent those nutrients from getting into the rivers and contaminating our waterways.

Hearing Dr. Cummins talk about the impact his restoration has made is very inspiring:

“It was really quite extraordinary to see how many animals came in, particularly into the prairies and the wetlands. We put in a lot of native aquatic plants in these areas, which attracted a lot of wildlife. It’s amazing; we’ve seen waterfowl, migrating ducks and geese, water birds, all sorts of birds, turtles, snakes, salamanders. It’s like the Field of Dreams – build it and they will come.”

One of the most exciting parts of this project is that Dr. Cummins and Dr. McCollum have involved about 1,500 Miami students in their restoration project. Students have gotten involved in a variety of ways, including chopping honeysuckle and planting native species. By coming out to the land, students are able to gain a greater appreciation for nature and learn about restoration.

And their project does not stop there. In the future, they plan to buy more land in Ohio adding to their already existing 32 acres. They also have an additional 200 acres in Florida where they are working on a similar project.

If you are interested in learning more or volunteering on their land, you can search them on Facebook: Edge of the Farm Conservation Area or email Hays Cummins at cumminrh@miamioh.edu.