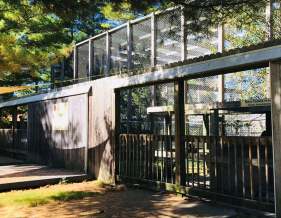 The Raptor Rehabilitation program at Hueston Woods is just one of the many ways the park lends a helping hand (or wing) to nature. Each year, around 50 injured birds are brought into the program from all over Ohio. Ultimately, the goal for each of these birds is to give them a second chance at life in the wild. 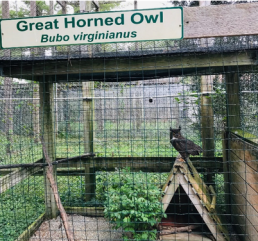 Rehabilitation begins with injured birds arriving and undergoing any necessary medical treatment that their injuries call for. These birds are often found and reported in by passersby, but occasionally they are brought in from other Raptor Rehab programs around the US.  After their conditions are stabilized, many are kept within the facility to ensure they have healed and are able to hunt for themselves. Naturalists monitor them in an enclosed space, often bringing them into outdoor flying cages to keep their hunting skills sharp. Fed on chicken and locally farmed mice, great care is taken to limit contact with humans to make sure that the birds keep their natural instincts and do not become overly reliant on humans for survival. If all goes to plan, the birds will eventually be reintroduced into the wild, fully recovered and able to sustain themselves. With just two naturalists overseeing the program, nearly 50 % of the birds they take in are released back into the wild. 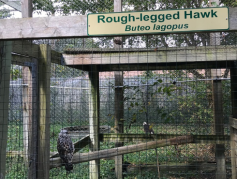 Currently, there are 14 permanent residents, whose injuries would prevent them from being able to sustain themselves in the wild. Among these residents lives Rose the red-tailed hawk, who was admitted into the program after being hit with a car in 2010. The injuries left her unable to use her left wing and gave her permanent nerve damage to her right talon, so she is kept in the outdoor enclosure, using her left talon to catch the meals tossed to her by the naturalists. Other residents

include several species of eagles, hawks, owls and turkey vultures.

The variety of species housed at the rehabilitation center helps foster education about the importance of conserving birds of prey and their habitats among all age groups. Through Hueston Woods Naturalist Tour Programs, visitors can view the permanent residents from an observation window while taking part in tours led by the naturalists who care for the raptors. 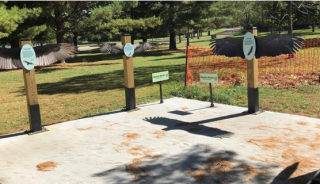 The Raptor Rehabilitation center at Hueston Woods is recognized by the Audubon Bird Society as part of a global network of places dedicated to bird conservation. They are open to the public daily from 10:00 a.m. to 4:30 p.m. For more information, you can visit their website. 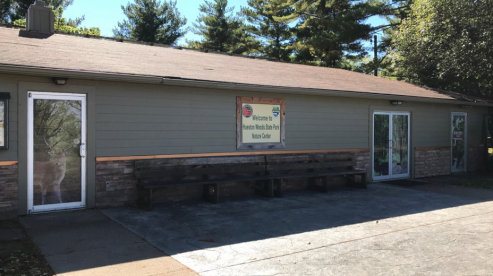 One thought on “Raptor Rescue at Hueston Woods”